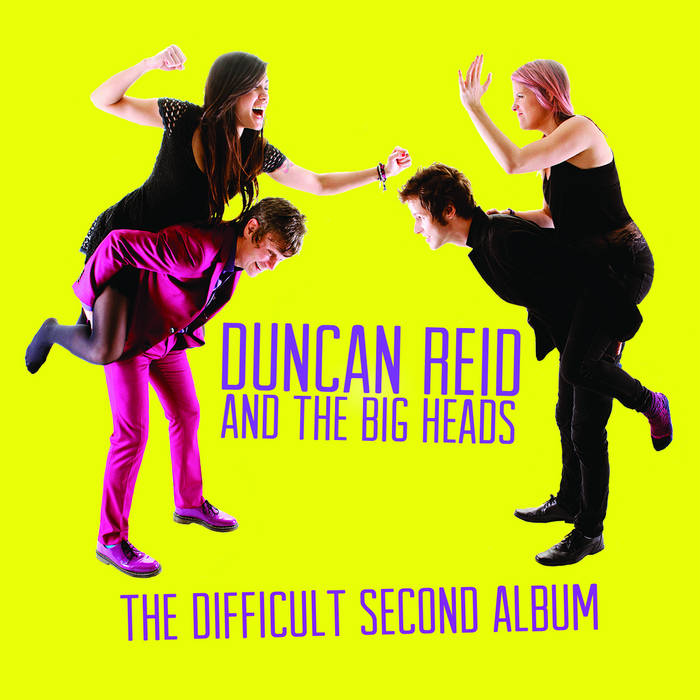 Simon I can confirm that Purple does indeed sound so much better! Favorite track: One Night in Rio.

So here it is. Two years after Little Big Head, the "difficult" second album. Except it wasn't difficult at all. In fact these two years have been the most fun of my life. A voyage of discovery spent with the nicest, most talented people on earth. Tony Barber has weaved his magic on the record again and I must give a special mention to Alex “Darling Boy” Gold. Alex got me back on the stage after The Boys, has been there the whole time and had a huge input into this album.

We’ve made more friends than I can list here, all of whom have helped us get out there and spread the word. If you haven't seen us live I hope you do soon and, who knows, maybe you'll come along for the ride as well!

Huge thanks to Tom Lynam who played drums on a multitude of tracks.

Produced by Tony Barber - significant input from Duncan Reid and Alex Gold.
Engineered by Tony Barber (except when he got stuck in the US for getting married.)
Engineering assistance to cover for an impounded Tony Barber: Harvey Birrell
Recorded in Tony’s shed in Essex and mixed in his bedroom in Brooklyn
Mastered by John Rivers at Woodbine Street